GREECE DEFENSE
Lead the army of brave warriors!
Exciting strategy that challenge you to save and defend Ancient Greece from monsters, chaos and devastation. 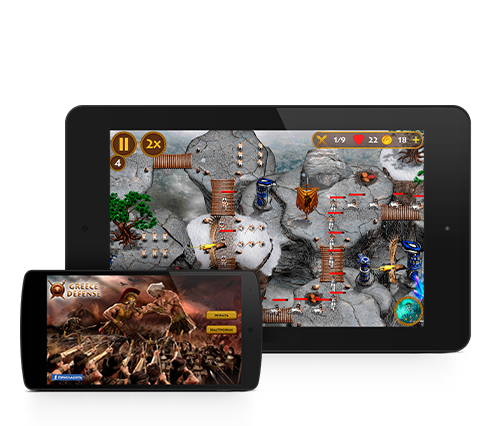 It's time to battle, General!

Greece is under attack. The hordes of mythical monsters are going to destroy it! Conclude an alliance with the Gods and banish the enemy from your territory!

The soldiers are calling you to battle! There is no time to think, it's time to lead the army and defend Greece!

As a true General you are free to choose the soldiers for the battle and the Gods for the alliance. In each turn, the enemy strikes from different directions, what force you to build your strategy and smash them down!

We throw you on the front line but with helpful tips and mighty powers!

What more awaits you:

- unique upgrades of your troops

- three difficulty levels for each battle

If you press the «Download» button, you dare to step on the warpath, which would lead you all the way to the victory!

Fulfill your mission! And let the centaurus, skeletons and minotaurus tremble with fear!

Write your own review